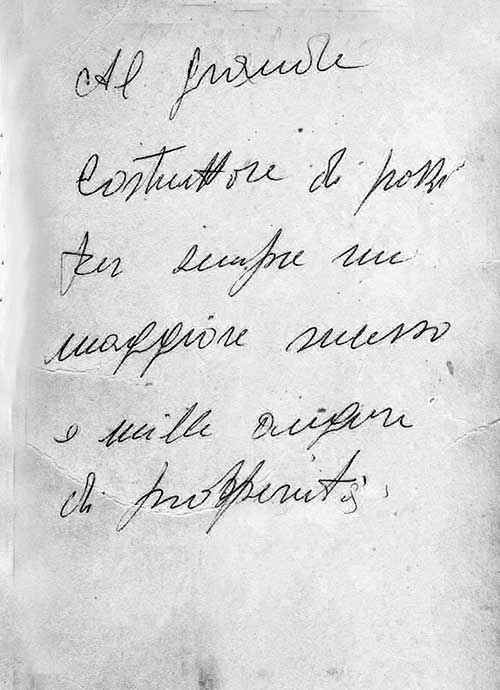 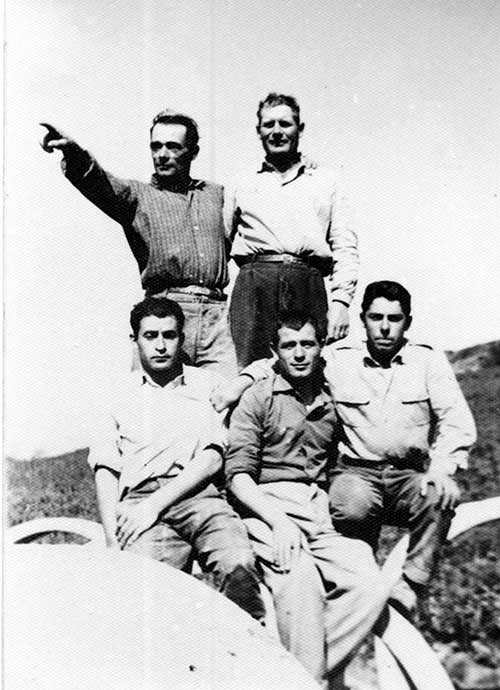 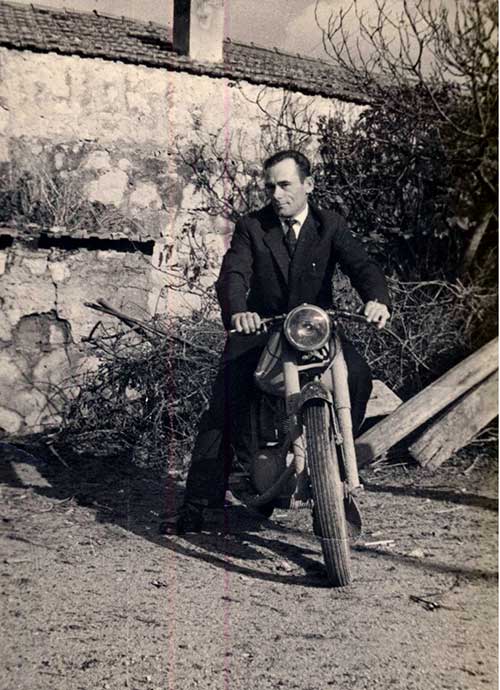 Our business was born in the early sixties of the twentieth century, on the initiative of Giovanni Battista Achenza (16/03/1924 – 11/08/2011), then a young independent craftsman passionate about the search for water in the subsoil, in an area of Sardinia , the Coghinas Valley, which suffered from serious problems in the regulation and management of surface waters. At that time the wells were dug with manual means and with great effort, but to compensate for the efforts of our father was the great passion and gratitude of the residents for the satisfaction of a primary need.

Thus was born an entrepreneurial activity that requires new forces, means and organization and which in the following years sees the gradual entry into the company of the owner’s children, gradually expanding the areas of intervention and maturing new and updated company visions. At the beginning of the 80s, when the company has now established itself well with the “ACHENZA DRILLING” logo, new investments lead to the purchase of hydraulic machines characterized by innovative processing procedures, capable of significantly shortening the time required to build a well and to reach higher depths to intercept aquifers with greater flow rates. The business grows exponentially and the company evolves from a simple artisan firm to an equipped and organized enterprise, establishing itself as the best known in the sector. The 90s lead to further updates in organization and programming, combined with new investments for the purchase of machines that are increasingly in step with the times, in the face of a real explosion in the demand for performance. The determination to maintain the leadership achieved in the sector stimulates the company to update by refining the mentality of its members. At the beginning of the new millennium, the company undertook a further transformation in the company name by changing its name and logo, without however renouncing its historical identification with the founder, to adopt a brand that enhances its position. Acqua Nostra S.A.S is born, a logo that responds to the intent to publicly clarify how the individualism of the family name has given way to a collegiality in the running of the company. Today Acqua Nostra is a well known and appreciated company in the drilling sector. Sebastiano, Roberto and Carlo Achenza together form a highly qualified management group. Today the founder of the company is no longer with us, but the heirs continue to be animated by the same passion that characterized the spirit of their father. 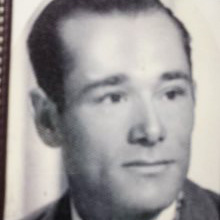 Founder
He began to take an interest in drilling in the 1950s, during the construction of the dam on the Coghinas. Subsequently he acquired considerable practice in the use of electrically controlled dynamite, distinguishing himself in the sector for his great skill and practical sense. As self-taught he will study the theoretical principles and practical uses of dynamite and its components.

At the beginning of the 1960s he undertook the activity of building water wells in a fertile area, naturally suited to the production of vegetables, but poorly supplied in terms of water resources, despite the construction of the dam, which included, among other things, the irrigation of the lower Coghinas valley. Moving to Sassari with his family around 1968, he interrupted this activity to work with the American administration in the construction of the Nato base in Santo Stefano, overlooking the island of La Maddalena. Working alongside highly skilled specialists in the use of dynamite, perfecting the techniques of using explosives together with those of drilling, allows him to complete highly qualified works, such as the construction of marine underpasses and tunnels for housing submarines from war. Once he became an expert in the use of dynamite, he was offered the opportunity to demonstrate and refine the skills achieved in countries such as Germany and Norway, in which he could establish himself with certain economic and personal gratification. However, as a free spirit, he preferred to return to Sardinia and regain possession of the original business, temporarily set aside. What he learned in the field of explosives will however be very useful later for the construction of important civil construction excavation works, when, starting from 1972, with the beginning of the building and infrastructural expansion, both inside and along the coasts of Sardinia, the company adds the road excavation division to the well drilling sector. At the beginning of the 80s with the new investments in more sophisticated drilling machines, the road excavation sector was left out to cope with the explosion in demand for water wells. Since the mid-1980s, Giovanni Battista has delegated the management of the company and business development to his children, who take turns in managing the various sectors. 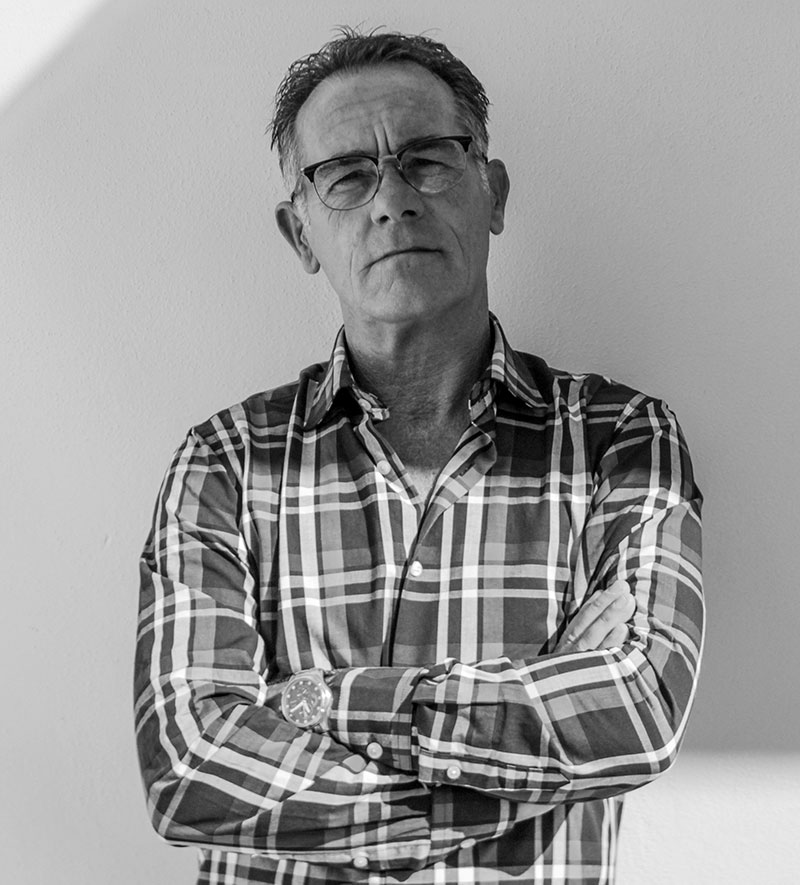 Commercial manager
Born in 1962, Roberto is the commercial director of the company, and is responsible for the development of the company’s business. He has more than 20 years of practical experience in the sector, having completed a significant number of drilling operations. He is responsible for the phases following the perforation and has specific expertise in PVC coatings.

The knowledge gained in this specialty derives from the attendance of specific courses held in companies in the sector and from the applications developed directly in the coating phases of the wells. He establishes the guidelines for the sizing of water lifting systems and for the laying of materials. Before being directly involved in Acquanostra’s activities, Roberto gained experience in the commercial and communication fields, in the world of medium-sized enterprises, in the steel sector and later in the construction sector. Since Roberto entered the commercial management of the company, he has significantly contributed to the development of the company, now one of the best organized and equipped in the field of drilling. He has made great efforts to expand the company’s business into the public sector. Assisted by geology professionals and technicians, he has developed projects for the improvement of the water reserves available to various municipalities. He is also the safety manager of the company, having obtained all the certifications through the programs for the implementation of prevention, protection and safety measures. 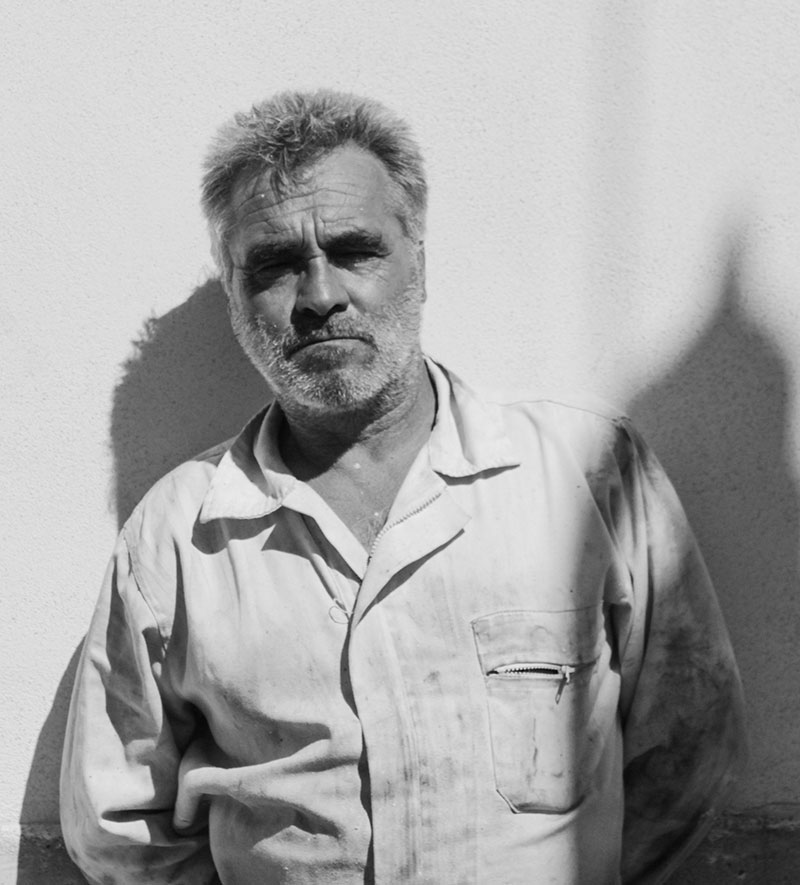 Head of Perforations
Born in 1966, he is the youngest of the brothers and is mainly involved in drilling. He is authorized to use mechanical means and vehicles having obtained the necessary qualifications and licenses according to the laws in force.

He has matured an impressive number of hours aboard drilling machines facing the most demanding conditions that the geological varieties of Sardinia present in its territorial peculiarities. He is the company manager in drilling relevant to civil engineering, such as boreholes, cores and micropiles. It is currently developing the drilling sector concerning Cathodic Protection and Biogas. Trained above all in the drilling of wells for domestic use, he carried out a considerable number of works, completing the works in record time, from the north to the south of Sardinia. At work he is a workaholic and his serious appearance betrays an immeasurable passion for his job, a guarantee of always safe, fast and effective performance for the complete satisfaction of the clients. 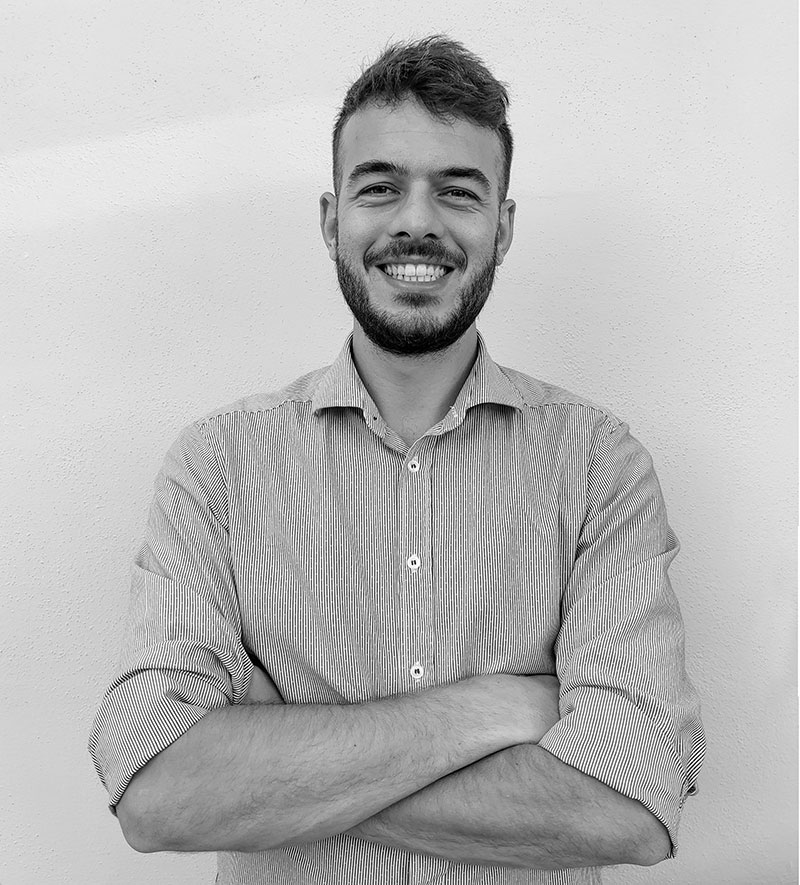 Environmental Manager
Born in 1992, son of Roberto, he is responsible for environmental impact. Over the years he has been engaged in academic studies, initially obtaining a three-year degree in Urban Planning and then concluding the master’s degree in Landscape Architecture.

Despite his studies, held first at the Faculty of Architecture in Alghero and subsequently at the

inter-university course coordinated by the faculties of Genoa, Turin and Milan, he still participated in the work activity by dedicating a lot of time to developing commercial ideas, assisted by the company team . He is gaining experience on management issues and together with his father is developing ideas and projects as part of a program for renewable energy and individual water resources, all aimed at sustainable development. As a planner, Enrico will be responsible for the company in terms of environmental impact and will also have the task of ensuring the growth and development of the business, in full compliance with the criteria for safeguarding the subsoil and the precious asset it holds: water.

Among his passions there are photography and football, sport practiced as a boy at the amateur level with good results, but abandoned school and then work obligations.

This site uses only technical-functional cookies necessary for the operation of the site and analytical cookies anonymously without any type of tracking. You can find out more about which cookies we use in Settings .

This website uses cookies to enable us to offer the best possible user experience. The information on cookies is stored in your browser and has the function of recognizing you when you return to our website, helping us to understand which sections of the website you find most useful and interesting.

The user can enable or disable cookies by changing the settings in this form.

If you disable this cookie, we will not be able to save your preferences. This means that every time you visit this website you will have to enable or disable cookies again.

This website uses Google Analytics cookies to collect anonymous information. Among which, the number of visitors to the site, their geographical location, any keywords used to reach the site, the type of device used, the duration of the visit to the site and other data on the origin of the visit.

Keeping these cookies enabled helps us to offer users a better service and to monitor statistical data relating to the use of our website.

Activate strictly necessary cookies so that you can save your preferences!